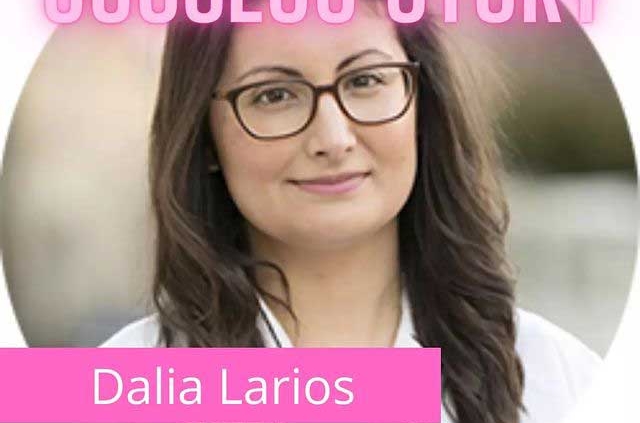 Dalia is a Harvard Medical School graduate in her first-year of the Harvard Resident Oncology Program (HROP). Her educational journey began in Mesa where she graduated from Dobson High School in the top 1% of her class.
‌
Despite Dalia’s desire to use her studies to help communities in need, her longing to earn a college degree was threatened by her status as an undocumented immigrant. Nonetheless, she remained determined and in 2012, she graduated with a major in Biological Sciences (Genetics, Cell and Developmental Biology) with a 4.0 GPA from Arizona State University and as a scholar of Barrett, The Honors College. During her undergraduate years, Dalia conducted research at the Biodesign Institute in the Center for Infectious Diseases and Vaccinology and began exploring the various dimensions of human health through community involvement.
‌
Her desire to become a doctor still prevalent, Dalia applied to Harvard and she was the first DACA recipient to be admitted to Harvard Medical School. In January 2018, she and three other Harvard Medical School DACA students penned an essay about the impact President Trump’s decision would have on them, the approximately 100 medical students then attending medical schools in the United States and thousands of other DACA recipients. Dismantling DACA Could Also Destroy These Harvard Med Students’ Dreams.
‌
She later discussed the essay in a very moving video for Boston’s NPR News Station: I Am a Future Doctor. And I Am Also An Undocumented American: Behind the Essay. As she said in her video, “What happens with this immigration issue will define who we are as a country.”

Want to join the discussion?
Feel free to contribute!

Students and recruitment partners may simply search and apply to 5,000+ educational institutions and 100,000+ programs using the ApplyClever Platform.